Pumusa Bushcamp is a newly refurbished camp built amongst tall, beautiful evergreen trees in a unique lush – vegetated sand forest. Previously known as WE Bushcamp,  Pumusa has new owners that have effected some exciting new upgrades.

These improvements include connecting water from the Hluhluwe municipality, upgrading all electric connections and rebuilding all septic tank systems.

Pumusa Bushcamp is situated along the extraordinary and untamed Elephant Coast on a small private reserve literally across the road from the False Bay section of iSimangaliso Wetland Park. In 1999, iSimangaliso was proclaimed as South Africa’s very first official UNESCO World Heritage site. iSimangaliso means “miracle and wonder” and this Wetland Park is exactly that – known as one of the jewels of the South Africa’s coastline with a unique mosaic of ecosystems – swamps, lakes, beaches, coral reefs, wetlands, woodlands, coastal forests and grasslands supporting an astounding diversity of animal, bird and marine life.

The camp offers various types of rustic accommodation immersed in a tropical garden under large trees and lush flowering gardens that attract a great variety of birds. These include Crested Guineafowl. Crowned and Trupeter Hornbills, Green Pigeon, Paradise Flycatcher, Narina Trogon , Purple-Crested Turaco and others. There is a large lagoon style pool framed by palm shrubs adjacent to our popular Bar that boasts a large TV showing your favourite sports matches live. There is an outside dining area where breakfast and dinners are served daily. Our Bar leads onto an open Boma which has a large communal fire-pit – ideal to unwind and relax after an eventful day. Many exciting stories of the day are shared among guests whilst enjoying some cold beers with unspoilt views of our night skies. 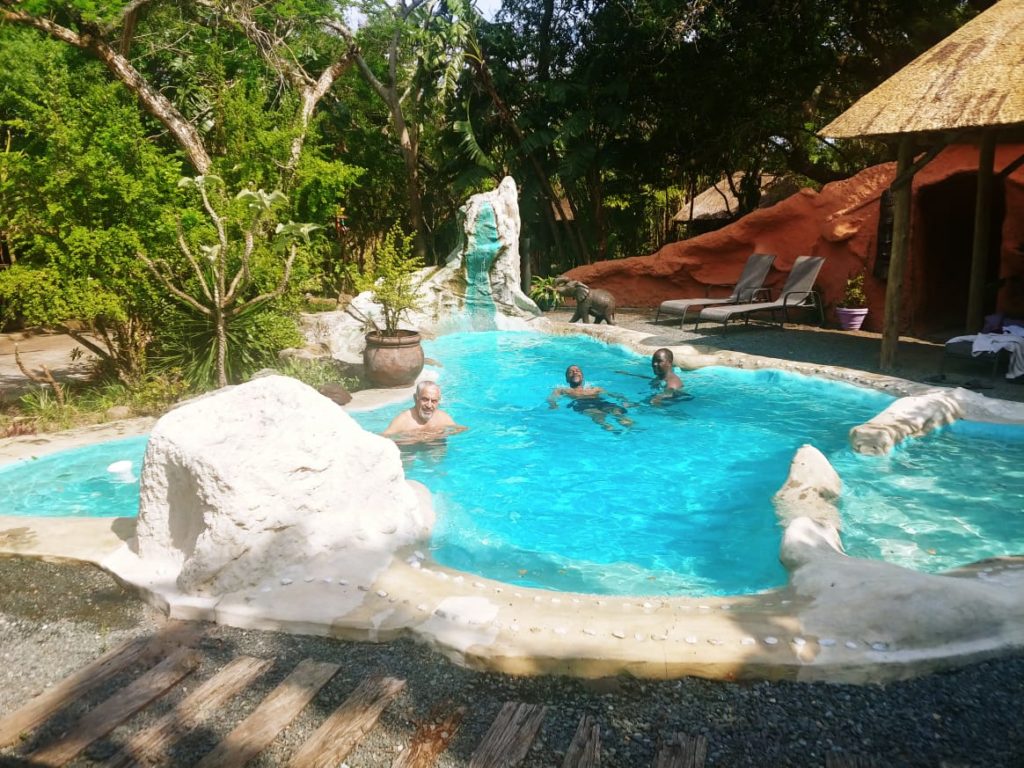 Pumusa is quiet and restful – far away from city lights. With a backdrop of a crackling fire, hyenas whooping in the distance and our resident bushbabies’ cry, clear views of our Milky Way and the Southern Hemisphere constellations, an unforgettable warm and tranquil atmosphere reigns.

All the units at Pumusa Bush Camp are en suite and are decorated in a rustic Mozambican style, with wooden interior and newly installed mosquito nets. Although we now have municipal water as well as backup borehole water, shortages in these parts are real so we please ask our guests to use water sparingly.

Pumusa Bushcamp offers a competitive dinner, bed and breakfast rate. Dinners are scrumptious and are served from 19h00 whilst breakfasts are served from 06h30 daily. If you want to get an early start into one of our various nearby parks in the area, a packed breakfast can be provided. We also have two self-catering units for those who come heavily packed and prefer to cook for themselves.

Pumusa Bushcamp has a fantastic location within close proximity to many wonders that the Kwa-Zulu Natal Elephant coastline can offer. Getaways to this coastline are rich in adventure. If you’re not viewing the Big Five, birding, paddling, hiking, snorkelling, on a horse trail or mountain biking then you may be out on a boat watching humpback whales and dolphins or deep-sea fishing or diving. Perhaps you may be on the beach having a picnic or watching the turtles laying their eggs. 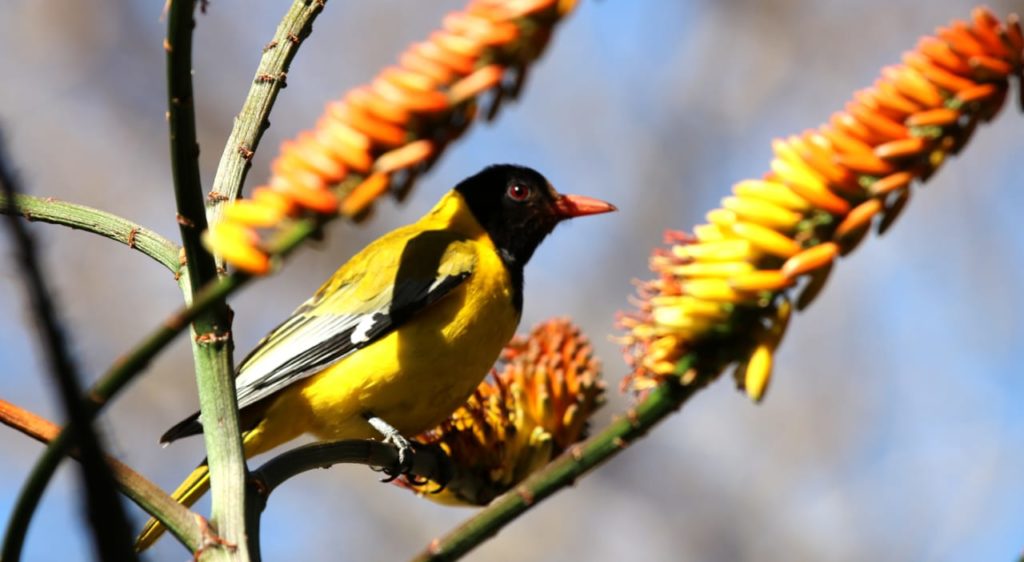 The iSimangaliso wetland area is a birders’ paradise.  There are more than 530 species of birds that frequent this area. These waters are graced by 20 000 greater flamingos, 40 000 lesser flamingos and thousands of ducks and other aquatic birds. With 36 species of amphibians this area has the highest diversity in South Africa. Here, and nowhere else in the World, one can find Hippos, Nile Crocodiles and Sharks sharing the same waters.

Pumusa Bushcamp borders the False Bay Reserve which is the widest section of Lake St Lucia, hemmed in by two peninsulas and forms part of the iSimangaliso Wetland Park which comprises of most of South Africa’s swamp forests and is Africa’s largest estuarine system. This is South Africa’s 3rd largest game park, spanning 280 kilometres of untouched coastline and made up of 328 000 hectares of pristine natural ecosystems. The park includes a 60 kilometre river mouth that creates a huge estuary, Lake St Lucia, running parallel to the coast and separated from the sea by the World’s highest forested sand dunes.

60 Million years ago, the strip of land on the western side of Lake St Lucia was covered by the Indian Ocean. Fascinating marine fossils of both animals and corals are still found scattered throughout the area today. There are amazing walking trails within this reserve where visitors can take a walk on the wild side searching for various antelope, the Small Five and many species of rare birds endemic to this area such as the Crowned and Trumpeter Hornbills, Crested Guineafowl, Bronze-naped Pigeon, Livingstone Turaco and the Narina Trogon. The country’s very few remaining pink backed Pelican colonies are also found here.  On foot one can explore the sand forests, thornveld and open savannah. Always be on the look-out for more dangerous species such as the Nile Crocodile and Hippo that occasionally wander this area from dusk until dawn. There are an estimated 800 Hippos and 1200 Nile Crocodile within the iSimangaliso Wetland Park. Swimming anywhere in this lake is therefore prohibited but boating and fishing is highly recommended.

The Hluhluwe-Imfolozi Big 5 Game Reserve’s Memorial entry gate is only 26km away from Pumusa Bushcamp. This KZN Ezemvelo Reserve is one of the few places in the world where you are practically guaranteed to still see Black and White Rhinos that have not been de-horned. These two reserves are the oldest in South Africa (proclaimed in 1898) and were responsible for saving the White Rhino from extinction. A late evening game drive from Pumusa Bushcamp will increase your chances of seeing the more elusive predator species such as Lion, Leopard, Cheetah, Hyena and the fairly common African Wild Dog.

Wildlife lovers can also enjoy Mkhuze Game reserve which is 45 minutes away.

World famous and popular recreational diving destination Sodwana Bay is only a mere 90km away from Pumusa Bushcamp. This area is globally renowned for its bio-diversity, both on land and below the Ocean surface. You will discover kilometres of pristine unspoilt coastline which has been left unchanged for centuries. The spectacular Coral Reefs are amongst the southernmost tropical coral reefs in the World and the shallowest sighting of a living ‘fossil’, the Coelacanth, was filmed and documented in these off-shore canyons. These healthy coral reefs are home to over a thousand species of fish, coral and invertebrates and are situated in a national marine protected area, a Divers’ paradise. Sodwana Reef system may be a fraction of the size of Australia’s Great Barrier reef, but it is estimated to contain 80% of the number of fish species – 1200 in Sodwana compared to 1500. The largely undisturbed coastline experience natural migrations with sightings of ragged tooth sharks, nestling turtles, whales, dolphins, manta rays and whale sharks being reported at different times of through the year.

Another extremely popular international tourist attraction is Saint Lucia. Sunrise or Sunset Boat cruises on the St Lucia Estuary are offered daily. The boats cruise North into the iSimangaliso Wetland Park and offer fantastic close-up views of Hippos and Nile Crocodiles. If you are lucky, various other game such as Zebra, Waterbuck, Kudu, Nyala, Reedbuck, Buffalo, Rhino and Elephant can also be seen from the boat on the Eastern shores as the boat cruises further north towards Cape Vidal. 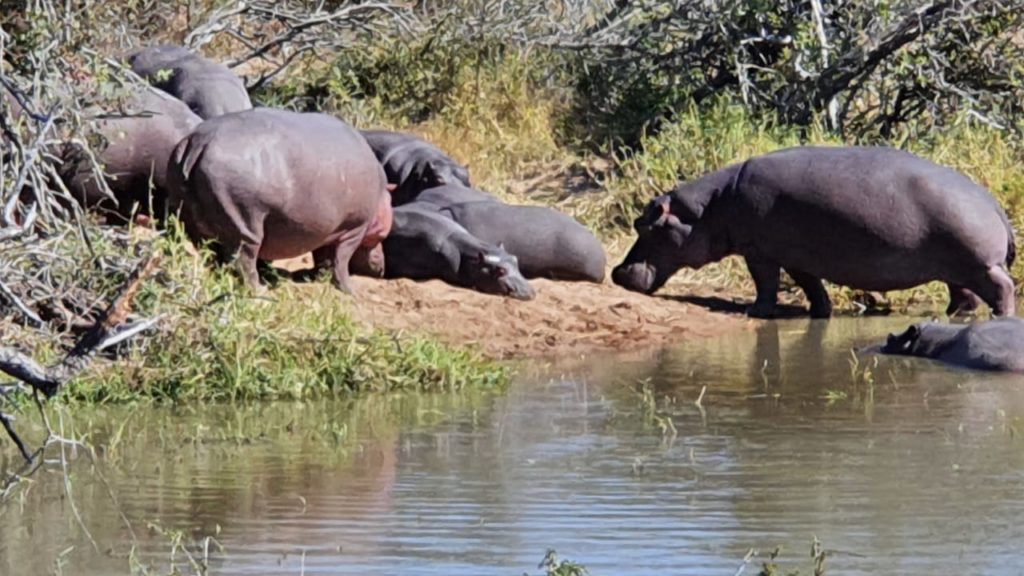 Cape Vidal is another popular tourist destination that lies within the iSimangaliso Wetland Park about 30km North of St Lucia. Cape Vidal provides direct access to the Eastern Shores of iSimangaliso with its populations of elephant, rhino, buffalo, crocodile, hippo and reedbuck amongst others. The beach and offshore areas at Cape Vidal fall within the St Lucia Marine Reserve which is visited seasonally by Humpback Whales from July to October as well as loggerhead sea-turtles that come to the beaches north of Cape Vidal from November to February to lay their eggs. Other ‘big game’ marine life includes the whale shark, marlin, sailfish and dolphins. Cape Vidal has six loop roads off the main St Lucia to Cape Vidal road which provide excellent game viewing and bird watching. Cape Vidal itself is set in a bay sheltered by rock reef that is completely exposed at low spring tides, providing a multitude of rock pools which provides prime snorkelling areas. On either side lie kilometres of unspoilt beaches ideal for long walks or picnics.

Pumusa Bushcamp is the ideal stopover if one is traveling to Mozambique. It is 230km from Durban’s King Shaka International Airport and only 160km to the Kosi Bay Mozambican border post. The road from this border post near Ponta do Ouro has now been tarred all the way to Maputo, capital city of Mozambique. Visiting Mozambique is now possible without the need of a high raised SUV or 4×4 vehicles. Near the Kosi Bay Border post there are several popular small villages that are extremely popular with Local South Africans : Ponta do Ouro, Ponta Malongane and Ponta Mamoli are all within 30km of the Border post where delicious prawns can be eaten on the beach and washed down with a liberal dose of the famous Tipo-Tinto RnR Mozambican Rum. Kosi Bay itself on the South African side is also a great area for more excellent game viewing, fishing and boating.

Pumusa Camp itself abounds with resident birdlife, as well as various antelope such as Nyala, Impala, Reedbuck, Red Duiker,Grey Duiker and if you are lucky you can find the very small, shy and rare Suni. 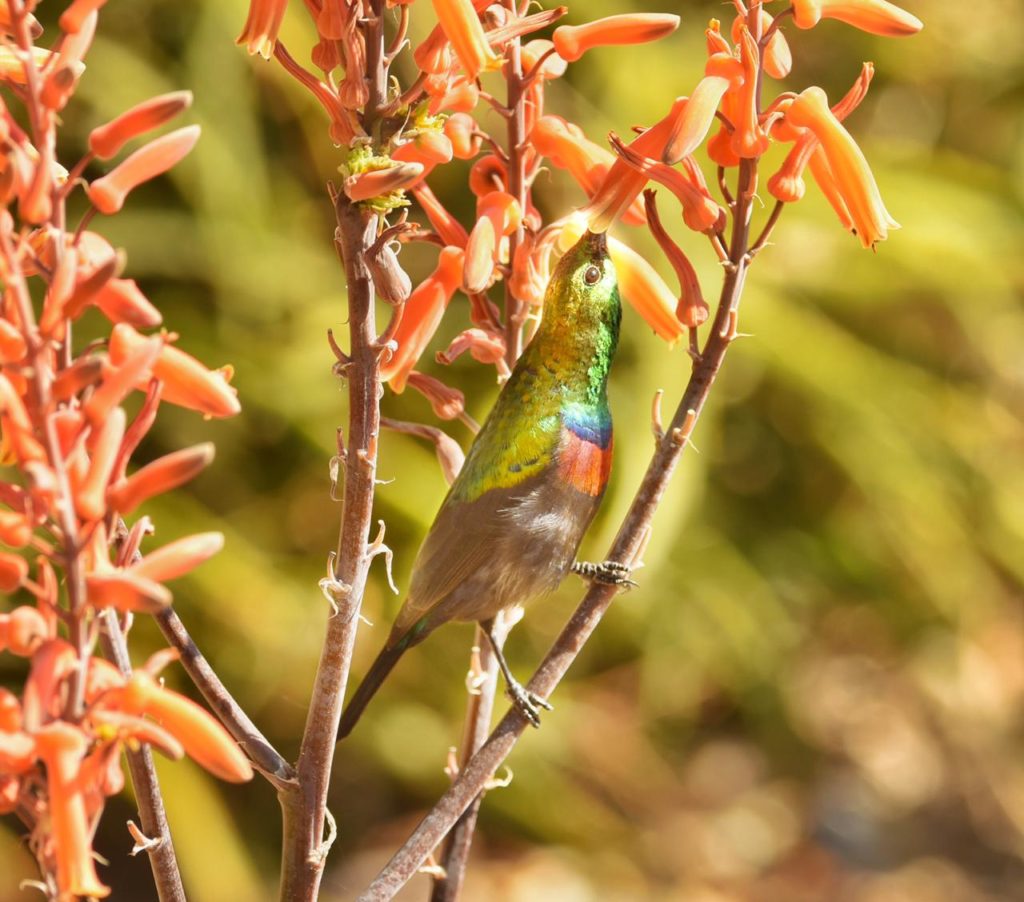 We also have several mongoose species such as Banded, Slender and White-tailed. Nocturnal species include Thick-tailed bushbabies, Porcupine, Large spotted Genet, and Bushpigs.

Warthogs have also been seen near the camp and burrow under the fences.

The summer months bring an increased number of reptiles such as tortoises, lizards and snakes as well as your arachnids such as scorpions and spiders.

We also have recorded numerous sightings and tracks of passing Leopards on our property. They usually move around late at night and in the early hours of the morning. So please always be vigilant and aware that these big cats are in the area. Under no circumstances may guests go wandering alone on the reserve late at night.

Pumusa Bush camp is a fully environmental-friendly establishment. We do not allow any hunting on our property and strive to create long term preservation of our wildlife and ecosystems within our extraordinary and untamed Elephant coast region.